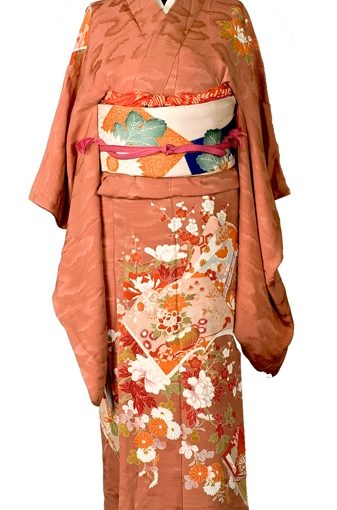 In September of 1930, the Canadian government issued an order-in-council that prohibited the landing of “Asiatic” immigrants in Canada. Tokujiro Wakabayashi, from Shiga prefecture in Japan, had worked in the Canadian lumber industry and became a naturalized Canadian citizen in October 1930, one month after the order-in-council was passed. A few months after he gained his Canadian citizenship, Tokujiro, or Tom as he would become known, made a special trip to Japan for his wedding to Kimi, also from Shiga.

In 1931, the Wakabayashis made their way to Canada. Even though she was classified as an Asiatic immigrant under the order-in-council, Kimi was allowed to immigrate to Canada because she was the wife of a Canadian citizen. In 1933, just two years after their wedding, the Wakabayashis came to Saskatoon and opened a fabric store on 2nd Avenue South. The store, Mikado Silk, was in business for over 65 years. They carried specialized fabrics and took pride in their excellent customer service.

This furisode-style kimono  (WDM-2009-S-641) was part of the trousseau Kimi brought with her from Japan. Made from silk, lined with red, and covered in symbols that represent joy, good fortune, and long life, Kimi had worn this kimono in Japan for special occasions in the years before her marriage. To be washed, the stitching would be undone and each panel washed separately before being sewn back together.

Kimi’s kimono is currently on display in the Right to Vote lobby showcase exhibit at the WDM Saskatoon.