Heritage Films From The National Film Board 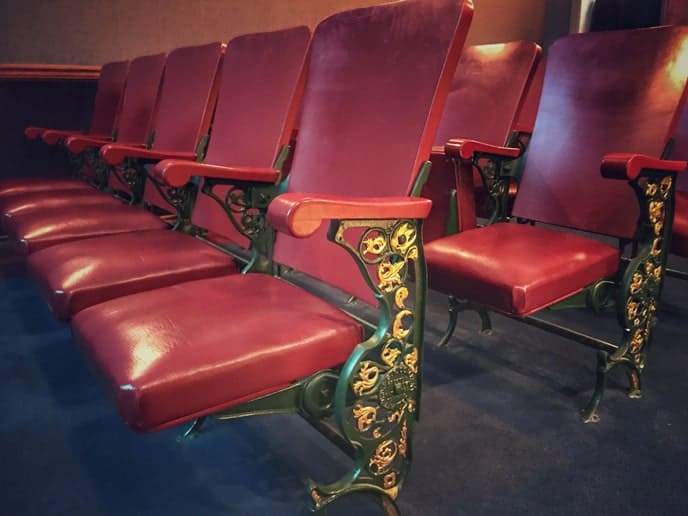 Join us for a selection of short films from the National Film Board in the 100 Years of Saskatchewan History Theatre. Films are suitable for all ages and will be shown on a repeating loop. Films are included with Museum admission.

How the Fiddle Flows
Gregory Coyes, 2002 | 48 minutes
It’s high summer in southern Saskatchewan and a rollicking tune fills the night. Four master Metis fiddlers play to the tapping toes of a lively crowd. How the Fiddle Flows follows Canada’s great rivers west along the fur-trading route of the early Europeans. The newcomers introduced the fiddle to the Aboriginal people they intermarried with along the way. A generation later, their mixed-blood offspring would blend European folk tunes with First Nations rhythms to create a rich and distinct musical tradition. From the Gaspé Peninsula, north to Hudson Bay and to the Prairies, How the Fiddle Flows reveals how a distinctive Metis identity and culture were shaped over time. Featuring soaring performances by some of Canada’s best-known fiddlers and step dancers and is narrated by award-winning actress Tantoo Cardinal.

Gone Curling
John Howe, 1963 | 10 minutes
This short comedy follows a visitor to the prairies as he slowly discovers the cult of curling. At first, our protagonist doesn’t seem to understand why everyone is so crazy about curling, but once he studies up, buys the right gear, and gets a few lessons, he can’t be stopped. This hilarious short film records the history of a rookie’s first game. Even non-curlers will feel the pull of the stones and the flick of the brooms in this choice rink-side view.

To Wake Up the Nakota Language
Louise BigEagle, 2017 | 6 minutes
“When you don’t know your language or your culture, you don’t know who you are,” says 69-year-old Armand McArthur, one of the last fluent Nakota speakers in Pheasant Rump First Nation, Treaty 4 territory, in southern Saskatchewan. Through the wisdom of his words, Armand is committed to revitalizing his language and culture for his community and future generations.

Pies
Sheldon Cohen, 2004 | 12 minutes
This animated film about blind prejudice is based on a short story by Canadian author Wilma Riley. Mrs. Cherwak is Polish and owns a cow. Mrs. Meuser is a German with entrenched notions of cleanliness. She does not appreciate the cow’s inevitable by-product. The film describes their conflict and its curious resolution over coffee and mincemeat pie. While the author chose to write about the Germans and the Poles she grew up with on the outskirts of Regina, the situation she describes could apply anywhere in the world.

Population 21
Scott Parker | 9 minutes
This short documentary from The Grasslands Project is a portrait of Wood Mountain, Saskatchewan. The town has lost all four of its grain elevators, the railway was torn up, the old hotel is in ruins, and the school has been closed for a decade. One of the only attractions left is the community hall, which, on a scant few weekends out of the year, can still get crowded. Meanwhile, to the handful of kind souls who still live in the village, there are good reasons to call Wood Mountain home.

Les Fransaskois
Scott Parker | 7 minutes
This short documentary from The Grasslands Project zooms in on the Prairies’ francophone minority. The southern Prairies are overwhelmingly anglophone, yet a strong and vibrant francophone population persists in the small rural communities that dot this landscape. Gravelbourg is considered the centre of French language and culture in the region, and this short film hears from the Fransaskois (a term combining French and Saskatchewan) on the challenges and future of their unique prairie culture.

The Last One
Scott Parker | 6 minutes
This short documentary from The Grasslands Project explores the struggles of small Prairie farms. “These small farms are a thing of the past,” laments Herb Pidt, whose family homesteaded on this land in the 1920s. The Pidt family scraped a living out of these harsh, dry prairies and, though poor, always managed to put food on the table. But that era has come to an end, and, as Herb touchingly explains, he’s the last one on the farm and there’s no one left to keep the home place together.

No Other Place
Scott Parker | 9 minutes
This short documentary from The Grasslands Project zooms in on the southern Prairies’ spectacular landscape, which has inspired artists for thousands of years. Five prairie artists from across the grasslands region take us to the places that move them. This film explores the landscape through the words and works of these artists and reminds us that the natural world exerts a powerful influence on both our creativity and spirit.

Generations
Scott Parker | 7 minutes
This short documentary from The Grasslands Project introduces us to nineteen-year-old Shawn Catherwood, who knew from a young age that he’d be a farmer. Many small communities are losing their young people, attracted to careers away from the farm. But it’s always been Shawn’s dream to follow in the footsteps of his father, Ken. This film shows Shawn and his father as they navigate the coming generational change, while the audience is given insight into their deep love of the family farm.

Life Out Here
Scott Parker | 11 minutes
This short documentary from The Grasslands Project brings a female perspective to the male-dominated ranching and farming industries. Women often have a strong voice in the operations, and some women have been running their own ranches for decades. For this collaborative documentary, the participants themselves chose the themes to be discussed and then interviewed each other. These women are deeply dedicated to their farms, ranches and families. They can ranch as well as a man… maybe even better.