Canada and Germany: Partners from Immigration to Innovation 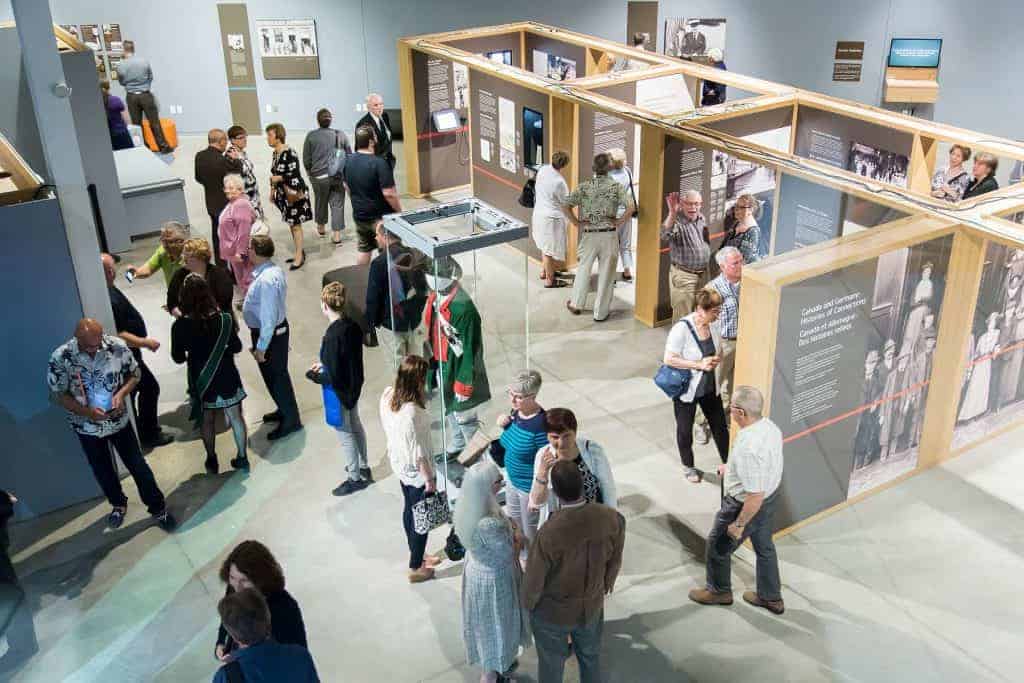 Canada and Germany: Partners from Immigration to Innovation travelling exhibit curated by the Embassy of the Federal Republic of Germany honors the German-Canadian friendship, from a rich history of immigration to cultural collaborations and innovations.

Engaging stories are told through the following three sections.

Section One: Canada: A Nation of Immigrants – The German Contribution

More than three million Canadians report their ethnic origin as German or of German ancestry. The exhibit looks at six major waves of immigration from Germany to Canada.

In the late 1700s, many German-speaking Mennonites immigrated to Canada because they were persecuted in Europe for their beliefs and values. Today more than 20 different Mennonite groups exist in Ontario alone.

The story of the Hessians outlines how, during the American Revolution, Britain contracted various German states to provide 30,000 auxiliary troops, with 2,400 remaining in Canada after the conflict.

The peak of German immigration to Canada took place in the 50s and 60s, with more than 300,000 Germans entering Canada by way of Pier 21 in Halifax, Nova Scotia.

Section Two: From Enemies to Friends

Anti-German sentiment reached record heights in Canada during the First World War. Learn the engaging story of how and why the city of Berlin, in Ontario, changed its name to Kitchener in 1916. Read the story of a prisoner of war Kurt Gunzel, held in captivity during World War II. Selected artworks created by German prisoners in captivity in Canada during World War II are represented. Find out about the birth of German Unification that took place in Ottawa in 1990.

Section Three: The Inuit of Labrador and the Germans

In 1771, German-speaking missionaries from the Moravian Church arrived in Labrador to establish a settlement among the nomadic population of Inuit. Over time what emerged was a cultural hybrid rooted in Inuit ways of life, but influenced by indigenized European practices.

Find out about the little-known story of Abraham Ulrikab and eight Inuit who travelled to Europe in 1880 to introduce Inuit culture to Germany.