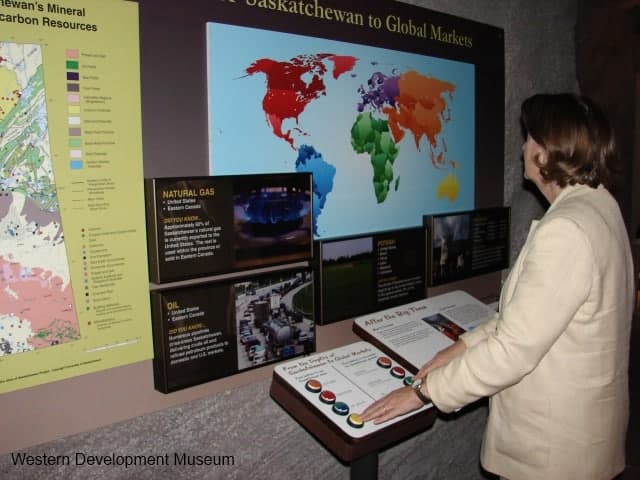 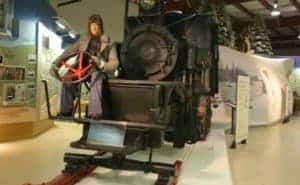 One half of Saskatchewan is forest; it is a major industry in the province. This part of the exhibit showcases the beginning of the forestry industry in the province, First Nations use of the forest is told, along with facts like the Big River sawmill was, at one time, the biggest in the British Empire. Details explore the lives of men on an early 20th century log hauler crew, the age of steam power and ice roads. 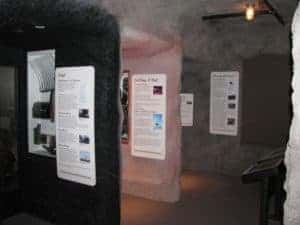 Hidden under the snow-covered hill is an underground mining exhibit which features potash, coal, uranium and other types of mineral extraction. Visitors go “underground” through a simulated “elevator,” a motion chamber, giving an illusion of descent. Children can enter on hands-and-knees through a “gopher hole,” a tunnel in the hillside reminiscent of the holes for coal dug by settlers in southeastern Saskatchewan. A door at the end of the diorama provides alternate entrance and exit. The Saskatchewan stories of coal, potash, uranium and other mining are told within the underground cavern.

Geologic history has endowed Saskatchewan with a wealth of natural resources. Both renewable and non-renewable resources continue to grow in importance to the province. Saskatchewan firsts and foremosts, along with Saskatchewan innovations, have made world-wide contributions.