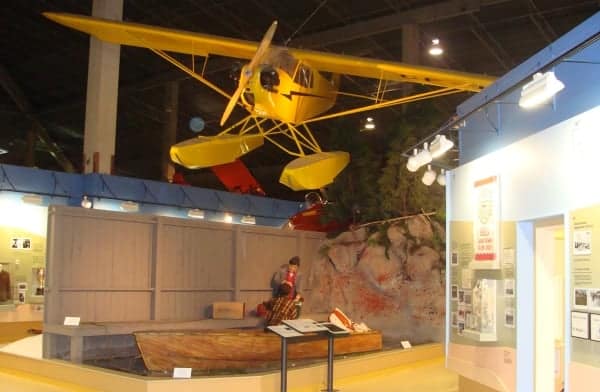 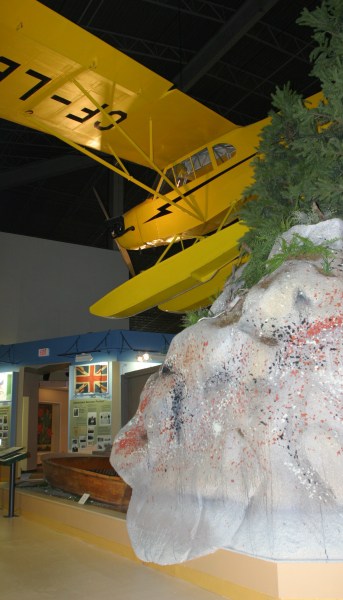 The Piper J-3 Cub made its debut in 1938. Small, strong, light, and relatively inexpensive, it was extremely popular as a training plane. Although production ended in 1947, the J-3 remained in demand for decades. In Saskatchewan, the Cub was handy for getting to northern fishing camps, for training pilots and for sport flying but it was too small for passenger service or hauling freight.

This replica Piper J-3 Cub was built by the Vintage Aircraft Restorers here at the Moose Jaw WDM. The authentic Wollam floats were typical of those used with Piper Cubs on the lakes of northern Saskatchewan in the late 1940s and early 1950s. Because the floats were made of wood, they required constant maintenance and few survived.