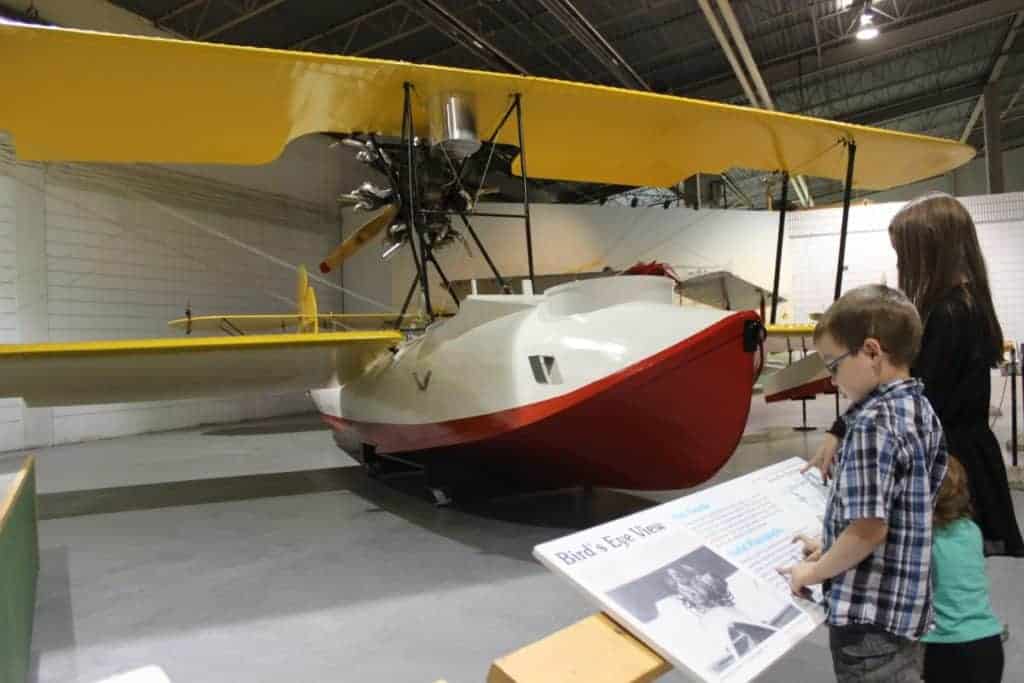 Inside a representation of the Moose Jaw Western Aeroplane Company hangar is where a group of hard-working volunteers from the Vintage Aircraft Restorers worked on several projects for the Museum, including building a replica of a Vickers Vedette ‘flying boat’.

When the Royal Canadian Air Force (RCAF) needed an airplane for aerial mapping and forest fire patrols in Canada’s north, it turned to Canadian Vickers, a boat building company in Montreal. Canadian Vickers built the first Vedette in 1924. Another 60 followed in 5 different versions.

The Vickers Vedette looked like a boat with wings. The biplane had a wooden hull and an open cockpit. The passenger sat in front of the pilot. The engine was mounted pusher-style behind the pilot with the propeller facing the back.

No complete Vickers Vedette has survived anywhere in Canada.

In 2003, the WDM acquired parts of an original hull, which is on display near the hangar.

The Vickers Vedette project was highlighted in the January-February 2011 edition of the Canadian Museum Association publication Muse.

In 2014 the VAR Vedette Project won a Ninety-Nines Canadian Award in Aviation.