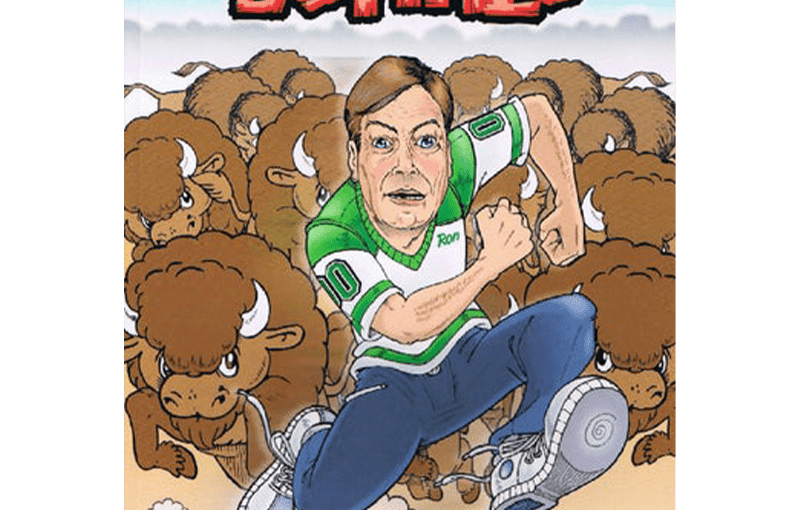 Running of the Buffalo is a hilarious book containing 70 of the best newspaper columns written by Ron Petrie, humour columnist for the Regina Leader-Post. In 20 years, Ron wrote more than 3,800 columns on topics such as the mini Oh Henry chocolate bar diet, raising triplets, making memories at Viagra (or was that Niagara?), and drinking in the festivities at the Grey Cup. A true Saskatchewan boy with a quick wit and self-deprecating sense of humour, Ron’s columns in Running of the Buffalo include words (many of them correctly spelled) such as mucilage, Muenster, Murray, muwahaha, niblicks, Norwegian, Nut Mountain and nutso bonkers. Clever writing in the form of a “bathroom reader” – what more could one want? Running of the Buffalo was published in 2010. Unfortunately, Ron became ill with cancer and passed away in 2012. Ron Petrie was truly a man outstanding in his field.

Ron Petrie was born in Preeceville, Saskatchewan, he grew up on the family farm at Lintlaw. He attended the University of Saskatchewan where he became one of the youngest editors of the student newspaper. He eventually found his niche as humour columnist which he continued to write until just before his death. 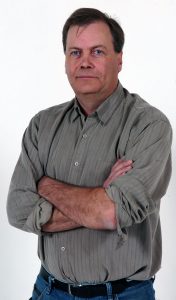