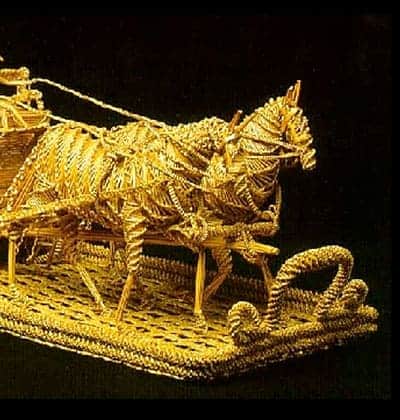 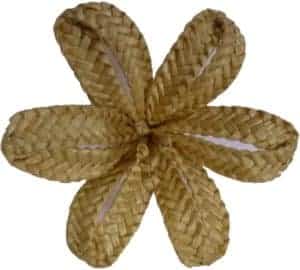 Weaving straw is an ancient practice, from a time thousands of years ago when charms and magic were part of daily life. The last standing stalks of wheat were cut and woven into a charm or dolly, then brought indoors to ensure a warm home for the spirit of the field during the long cold of winter. When spring came, the seeds in the weaving were mixed with the spring planting, returning the spirit to the field. With the spirit came fertility for the new growing season.

Straw weaving came to the Canadian prairies in the hearts and hands of those who immigrated in the early years of the 20th century. It was taught and practiced into the 1940s and then disappeared as technology after the Second World War modernized life on prairie farms. In the 1970s the Western Development Museum revived the traditional skill through demonstrations and classes. 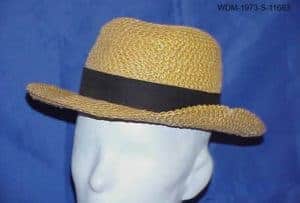 The WDM has several examples of straw weaving in the artifact collection – a hat made by Nicholas Gerla of Theodore (WDM-1973-S-11683), several baskets, a sewing basket entered into a homemakers’s competition, and the work of William Manners of Estevan.

A.R. Rhodes of Zelma, Saskatchewan wove a basket of flowers presented to Queen Elizabeth during the royal visit of 1939. Rhodes’ items in the WDM collection include a vase (WDM-2004-S-266) and a model farm wagon pulled by two horses. “A gift fit for a King” was how the people in Watrous, Saskatchewan felt when the train carrying King George VI and Queen Elizabeth stopped in their town in 1939, where the royal couple received the woven wheat basket from the people of the area. 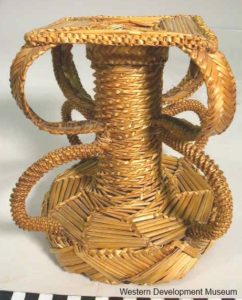 The gift reflected the skill of A.R. Rhodes and a medium essential to life on the prairie – wheat.