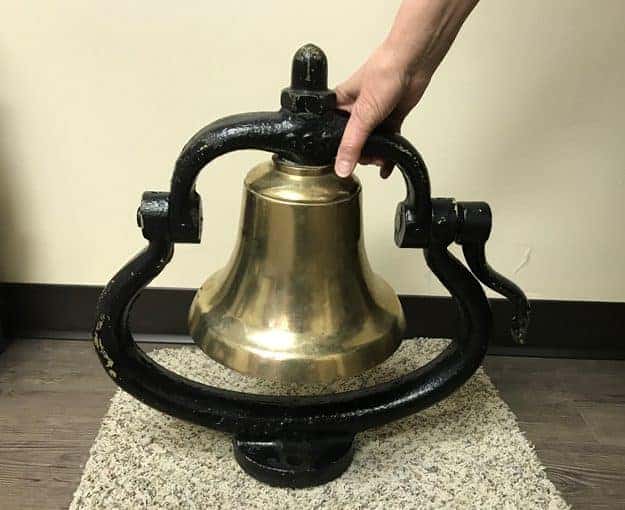 The WDM Moose Jaw is thrilled to announce that a good Samaritan found and returned the bell from the 1914 Vulcan Locomotive!

The individual, who wishes to remain anonymous, found the bell and immediately knew it belonged to the WDM Moose Jaw.  “As soon as I saw the bell, I knew what it was. I felt it had to be returned” said the good Samaritan.

“I, along with the staff and volunteers are overjoyed to have the bell returned to us!” said Kathy Fitton, WDM Moose Jaw Manager. “By returning the bell, it restores ones’ faith in humanity. We did not think we would ever see the bell again – how wonderful this story has a happy ending! Thank you!”

The bell had been stolen from the Vulcan Locomotive in August 2018 and until its return, there had been no leads to its whereabouts.

The bell will be on display in the WDM Moose Jaw lobby.