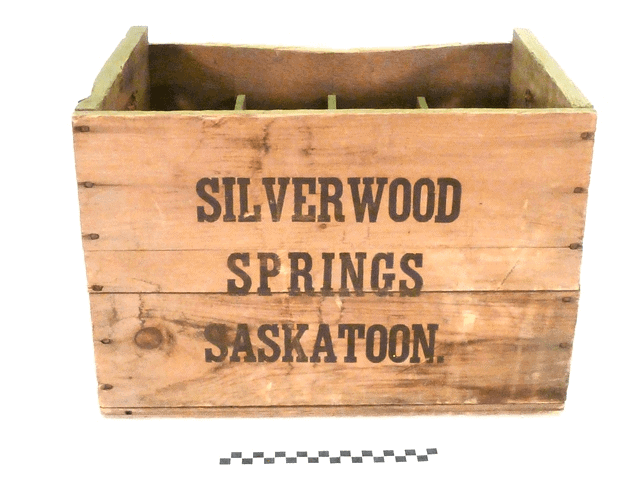 When Saskatoon was founded in the late 19th century, clean water was hard to come by in the city. There were no regulations on disposal of trash and sewage, so wells would often become contaminated. Typhoid fever raged through the city each summer. An average of 100 cases a year were recorded between 1906 and 1910. 1908 was the worst year with 206 recorded cases.

In 1910, Dr. W. J. McKay was appointed Medical Health Officer for Saskatoon. He drafted many bylaws with the goal of improving health conditions in the city. These bylaws included regulations for plumbing, wells, and outhouses. By spring 1911, a water filtration for the city was in the works. The water filtration plant was in operation by 1913, leading to a significant drop in Typhoid cases in the city. 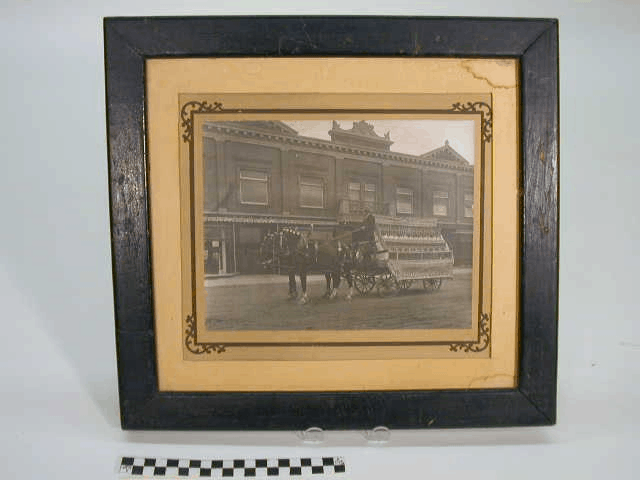 Before these regulations led to improved water quality however, William Alexander “Billy” Silverwood had an answer to the city’s problems. In 1909, Silverwood purchased land north of Saskatoon in what is now the Silverwood Heights neighbourhood. On his land was a spring with clean drinking water. The presence of the spring was Silverwood’s main motivation for purchasing the land. He knew of the city’s water problems and together with his nephew, Clarence Routley, he developed plans to bottle and sell the water to residents of Saskatoon.

Over two or three years, the Silverwood Springs sold about 120,000 gallons of bottled spring water a year (about 454,250 liters). However, by 1912, Silverwood ran into a problem. In addition to his water business, he kept horses and cattle in a barn he had built in 1911 on a hill above the spring. Waste from the barn trickled down the hill and eventually contaminated the spring. In 1913, three cases of typhoid were tied to water bottled at Silverwood Springs, though no deaths were linked to the spring.

The spring on the Silverwood land attracted the interest of a Chicago speculator, R. E. Glass, who wanted to build a brewery and use the spring water in the brewing process. In November of 1912, Silverwood sold 470 acres of land to Glass. Glass in turn subdivided some of the land into residential plots and sold them for a profit. This was the beginning of the short-lived industrial town of Factoria. Glass never built his brewery but the land he sold attracted a variety of businesses.

Factoria drew the attention of many businesses due to the natural resources nearby, including clay, sand and limestone. From 1912 to 1914, Factoria expanded rapidly. By 1913, Factoria housed a flour mill, farm implement manufacturer, a brick-making company, a 66-room hotel and a restaurant. A CNR railway line connected Factoria to Saskatoon, and there were plans to incorporate Factoria as a village and build a school and post office. 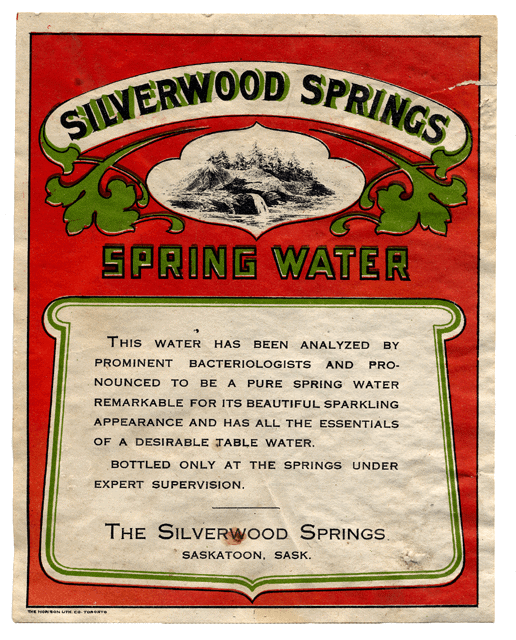 WDM-1980-S-412: The label from a Silverwood Springs bottle of spring water.

In 1914, the flour mill at Factoria began negotiating with the City of Saskatoon to extend an electricity line to Factoria. The City of Saskatoon estimated the cost to build the infrastructure would be $5,000, and they asked Factoria to pay for $3,000 of that cost. The First World War had led to the freezing of credit making this sum impossible for the mill or other businesses to pay. By the end of 1914, Factoria had all but collapsed. The flour mill was one of the only businesses to remain there by the end of the First World War.

In 1918, the mill restarted negotiations to bring electricity in to Factoria and agreed to pay $4,500 to build power lines, but few businesses remained in Factoria. The mill remained in operation and in 1927 was purchased by Robin Hood Flour. It is unclear when the mill was demolished, but aerial photographs of the area show that it was still standing in the 1950s.

By 1914, Silverwood Springs had ceased operations. By the end of the First World War, Factoria was almost a ghost town. Though the dream of Factoria was short-lived, it speaks to the ambition and dreams of early setters in Saskatoon. Today, the WDM holds some artifacts from the Silverwood Springs, preserving this part of Saskatoon’s history.

Factoria and the Silverwood Springs have been forgotten by many Saskatonians, but their remnants are still present. The neighbourhood of Silverwood Heights is named for Silverwood, and some steps and foundations of Factoria buildings can still be seen in the neighbourhood today. 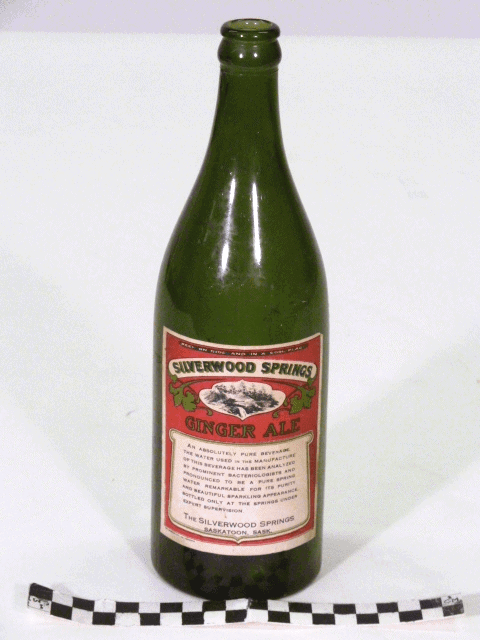 Research for this blog was sourced from: Historical/Archaeological Review of the Silverwood Factoria Site for the Meewasin Valley Authority, Prepared by Stantec Consulting Ltd. Report authors Joan Champ and Allyson Ramsey, December 1998. We extend our thanks to the City of Saskatoon Archives for scanning the report.