The Dangers of Old Taxidermy 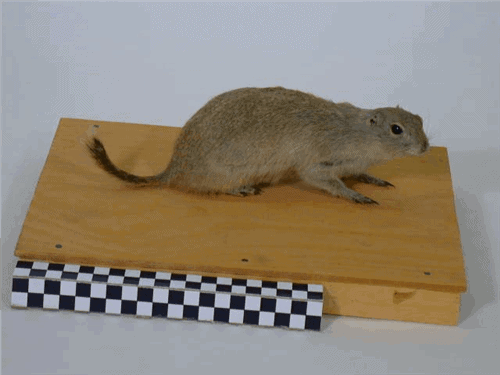 Many museums, including the WDM, have collections of old taxidermy. While it may not seem so at first, taxidermy from before 1960 can actually be dangerous. This is because of how older taxidermy was prepared and preserved.

When preparing animals for preservation, one of the major concerns is how to prevent bugs and other pests from eating the materials that you’re trying to preserve. Prior to 1960, the most common methods of preventing pest infestations were arsenic and mercury. Texts from the late 19th and early 20th centuries describe using arsenic to preserve skin and mercury to preserve fur and feathers.

Before the use of arsenic and mercury, mixtures of herbs, spices, and salt were used, but these were only effective for short periods of time and soon taxidermy would begin to break down and smell. Arsenic was used as early as the 18th century to treat taxidermy. Sulphur was also used at that time, but it often caused discoloration of specimens or would occasionally burn them.

By the early 20th century it appears that it was common knowledge that both arsenic and mercury were dangerous to humans to some degree, but the full extent wasn’t understood until later. Mercury appears to have mostly stopped being used in the early 20th century, but arsenic was advocated for until at least the 1970s. A 1991 study found that arsenic was the only known preservative that did not damage deer skin.

Because of the likelihood of the presence of arsenic or mercury in old taxidermy, it is important to take precautions when handling items, especially older ones. The WDM has a small number of taxidermy mammals and birds in our collection, and we have taken many precautions to ensure the safety of staff and visitors.

In 2015, staff from the Royal Saskatchewan Museum came to the WDM with an XRF machine (X-ray fluorescence). An XRF machine uses non-destructive methods to analyze the elemental makeup of substances. These machines can be used to identify substances like mercury and lead. The XRF machine tested 29 objects in the WDM’s collection over two days. In addition to taxidermy, objects such as face powders and boxes were tested. One face powder compact from the 1940s was found to have lead in it, as did the ink on a cardboard box that held face powder.

About 25 to 50% of the taxidermy in the WDM collection was tested for the presence of arsenic and heavy metals. Those that tested positive have been tightly sealed in plastic and clearly labeled as dangerous for human contact. Items too big to be fully encased in plastic feature clear, colourful labels warning against touching and are kept away from the public in our Corporate Office. All taxidermy on display in the four WDM locations is completely safe, either sealed away in plexiglass cases or otherwise kept well out of reach of visitors.

Arsenic and mercury pose little threat to people if they are not physically touched. The danger comes from physical contact with the object. Older items may be losing fur or feathers, and these pieces should be handled carefully as they may well have dangerous materials on them.