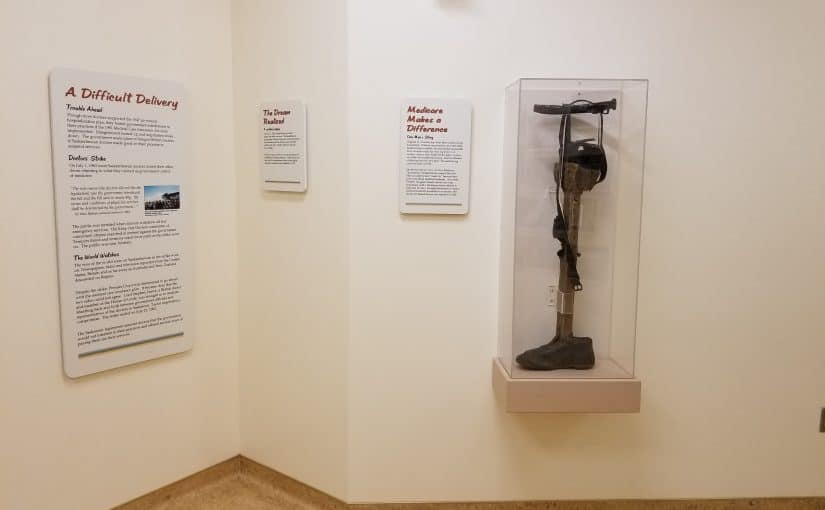 Artificial limbs have been used for much of human history. The earliest known example of a prosthesis is a toe found on a 3,000-year-old Egyptian mummy. There are written records, such as the Rig Veda, the oldest holy book of Hinduism, dating from 3500 to 1800 BCE, which tells the story of Queen Vispala, who lost a leg in battle and had it replaced with a leg made of iron. This is believed to be the first written record of a person using a prosthetic limb.

Prosthetic technology has advanced quickly over the past few decades. The technology first started to advance with the advent of anesthesia, allowing for safer amputations. This was followed by increased understanding of germs and sterility, which increased the survival rate for amputations, leading to an increase in demand for prosthetic limbs. The American Civil War saw many amputations as well. Following this, the First and Second World Wars again increased the demand for prosthetic limbs due to the number of war injuries that required amputations.

In more recent times, technological advances have led to lighter and more flexible prosthetics, including the ability to open and close their hands with muscle impulses and the inclusion of computers allowing limbs to adapt to the actions of the wearer.

The WDM has some prosthetic limbs in our collection, though ours are mostly homemade. One, made of metal, is a patented Saskatchewan invention. Made in 1943 by Robert Wilkinson of Tisdale after he lost his arm due to injuries resulting from being hit by a train, Wilkinson found that no prosthesis on the market met his needs. He was a blacksmith and needed something that he could use to continue practicing his trade.

While in recovery in the hospital, Wilkinson contemplated what he needed in a prosthetic arm that would allow him to perform manual labour, and then proceeded to make his own arm. It was constructed primarily of metal and was strapped to his chest with a harness. He used it for 26 years until he retired in 1970. The arm had a detachable hook at the end, which could be switched out for different sizes depending on the work he was doing.

The arm took only a few months to build but took years to patent. The patent was finally granted on March 28, 1950 and was registered in both Canada and the United States. This arm is now in storage at the WDM Corporate Office in Saskatoon.

Another example of prosthetic limbs in the WDM’s collection are the pair of legs worn by John Marcus, another blacksmith. Born in Luxembourg, he immigrated to America and then came to Canada, settling near Eston, Saskatchewan. He broke his hip several times and eventually decided to have his leg amputated. A friend built a crutch-type wooden leg for Marcus, and then Marcus himself constructed a later version which was hinged at the knee (pictured here). He was able to drive a Model T Ford with the leg.

A man who knew Marcus recalled helping out in his blacksmith shop as a child. One of his recollections was that Marcus often wore his prosthetic leg backwards, especially in the shop, as he said it provided him with more balance. Marcus lived in an old bunkhouse on the child’s family’s farm.

Marcus’ second prosthetic leg is now in display at the WDM Moose Jaw in the Winning the Prairie Gamble exhibit.