Moving the “Brick Building” at the WDM North Battleford 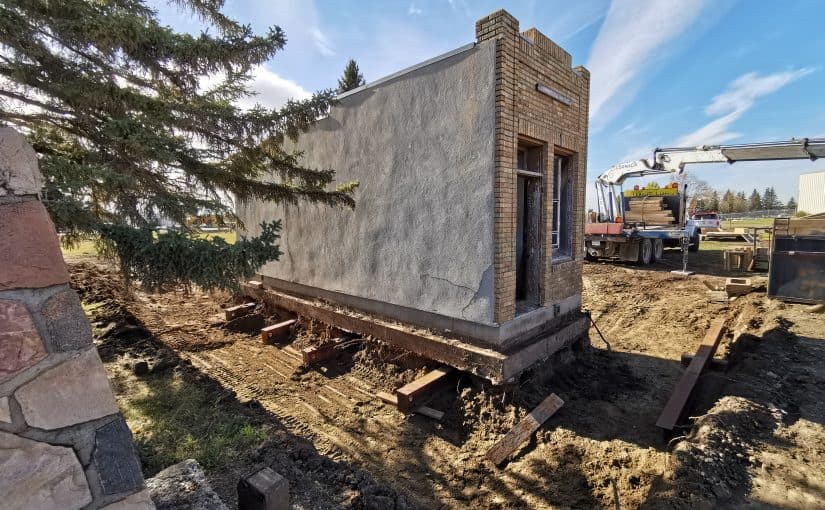 This Fall the WDM North Battleford undertook a big move! For many years, a little brick building has sat at the west end of the Heritage Village. The building is one of 16 artifact buildings in the WDM Collection. To better care for it and protect its important heritage elements, it was decided to move it to higher, drier ground. It now stands between the John Deere Building and the Saddle Shop. 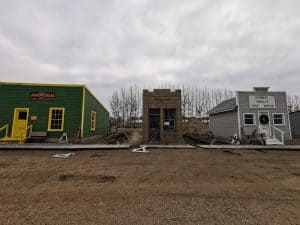 This part of the village provides higher elevation and good drainage to ensure the building will last for many decades to come. Plans are also underway to develop the inside of the building with an exhibit to showcase the original owner Jakob (Jake) Marjan’s story.

Neufeld Building Movers helped out with the move. Last year the crew at Neufeld moved the 1912 Caboose from the WDM Saskatoon to the Melfort and District Museum with as much care and attention as they provided this Fall to the Brick Building. Moving large artifacts and heritage buildings take a great deal of planning and skill. This job was no different. Months of preparation have gone into getting the brick building ready to move and preparing its new site.

Inside his brick shop, Jakob (Jake) Marjan spent 50 years breathing new life into well-worn shoes and boots as a cobbler, a trade he had learned as a child in the former Austro-Hungarian Empire. Far from the war-torn Central Europe of his youth, Jake’s professional and community life in North Battleford took shape inside those brick walls. 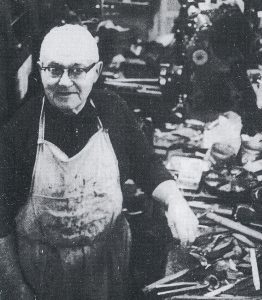 da began after the First World War when his father urged him to seek opportunities overseas. Upon landing, he intended to work as a farm labourer. Instead, he funded his travels from east to west working for railway companies, finally settling on North Battleford. In 1929, Jake returned to his cobbling trade at the Beaver Hotel. Two years later, he married Leokadia (Lottie) Martin, daughter of a farming family that had immigrated from Poland. Together, Lottie and Jake built the little shoe shop that would operate on Railway Avenue in North Battleford from 1932 to 1979. In 1991, the building was saved from demolition and moved to the WDM North Battleford.

Jake traveled back to Europe in 1933, shortly after the brick building was complete. He visited his parents to give news of his successes in both business and marriage. This bittersweet reunion was the last time Jake would see his parents alive as they were killed in concentration camps during the Second World War. Jake’s brick building tells the story of one man, his family, a now diminishing trade and a community that supported and loved him through personal tragedy. The WDM is honoured to care for Jake’s brick building and the remarkable stories it tells. He was the true embodiment of our provincial motto, From Many Peoples, Strength. 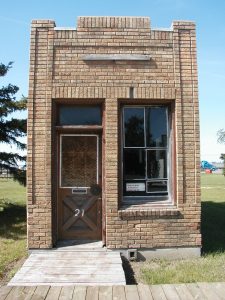 We invite you to help us share Jake’s remarkable immigration story by preserving that sturdy Brick Building in the WDM North Battleford Heritage Farm and Village. If you wish to help the storytelling work of our Museum, please consider a tax-deductible donation by calling 1-800-363-6345 or online at wdm.ca/donate.