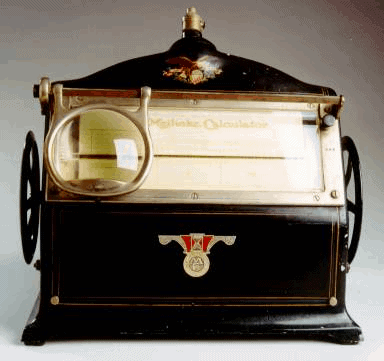 Calculators are handy tools that today most people carry around in their pockets in the form of smartphones. However, there is a long history of tools to help people add and subtract, and later multiply and divide that predate any form of digital computing. The abacus is the earliest known form of a calculating device, first used in around 2000BCE. There was little development in this technology until the 17th century CE, when the first slide rule was developed. This allowed for more advanced calculations including multiplication and division. Slide rules were commonly used until the 1980s, when digital calculators became more common.

Now take a look at some of the calculators in the WDM’s collection! Do you remember using any of these types of calculators?