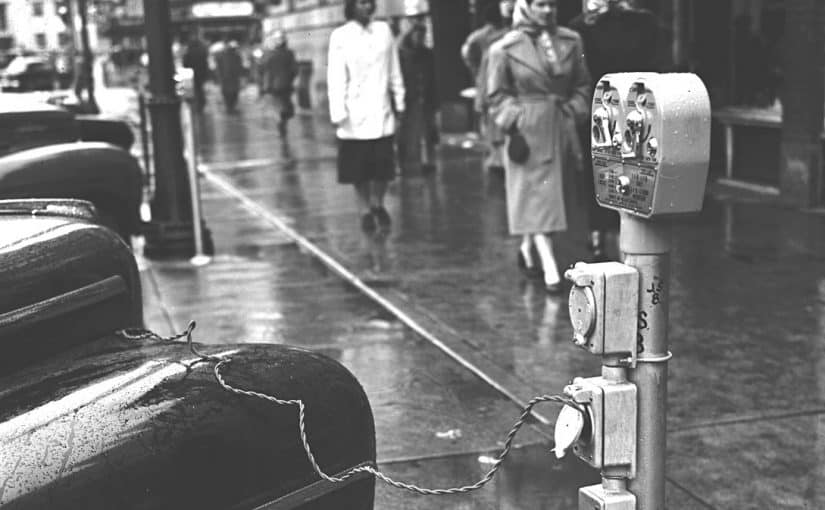 The City of Saskatoon used parking meters until 2015 when they were replaced with pay stations where drivers input their license plate numbers to purchase parking. Above is one of the parking meters from Saskatoon that was removed in 2015 to make way for the pay-by-plate parking system. Drivers could pay with coins or use a pre-loaded card to pay for time at a meter. Today, a smartphone app allows drivers to add time to their parking from anywhere.

This older parking meter is from Moose Jaw, likely from the mid-1950s. This meter was made by Mi-Co, one of the major North American manufacturers of parking meters at the time. By 1953, less than 20 years after the introduction of the parking meter, Mi-Co alone had produced 136,000 meters. Cities were quick to adopt parking meters because of the potential revenue that could be generated from paid street parking.