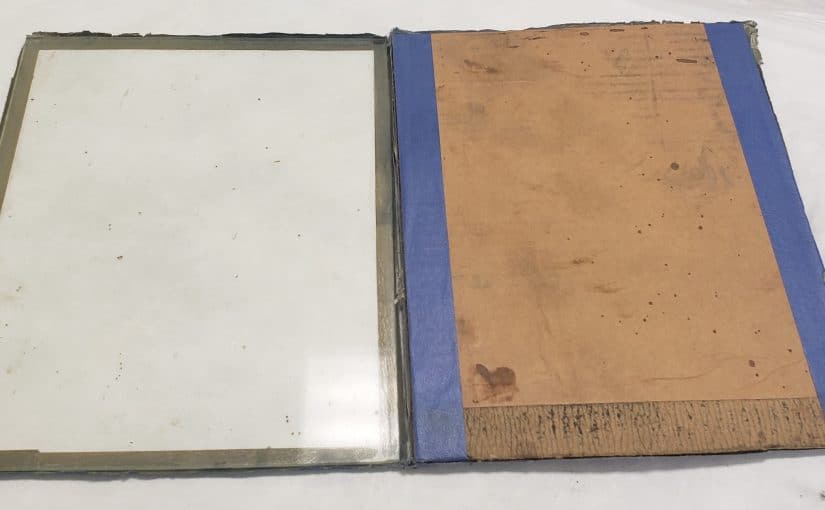 A Problem is Presented

During the inventory of the WDM’s Small Artifacts and Documents Collection, staff located a small map which originally belonged the WDM’s first Curator, Dr. George Shepherd. The map, which depicts the overhunting of Bison herds in North America, was encased in a frame comprised of a glass front and brown cardboard backing held together with blue tape.

For WDM conservation staff there were some specific concerns with leaving the map in this housing:

These concerns were enough to support the decision to remove the map from the original housing construct.

The tape was cut around the edge of the framing system in order to remove the map while maintaining the integrity of the cardboard backing.

Upon gaining access to the map, a damaged area along the bottom edge of the paper was noted. This area of the map had been in contact with a spot on the backing board which contained old adhesive residue from tape that had been applied and removed from the cardboard prior to the map’s framing.

The decision to remove materials from original housings is not a small one, as the long-term preservation of the artifact must be balanced with the story behind it. For this artifact, separating and storing it in parts will allow the WDM to better care for and preserve the components as well as the story of our first curator.