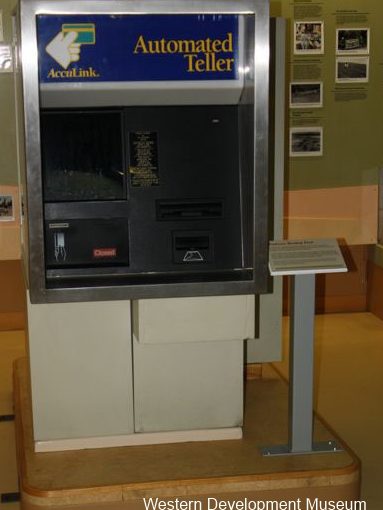 The first ATMs and the first debit cards in Canada were introduced by Saskatchewan Credit Unions. The first ATM in Canada was introduced in 1976 by Sherwood Credit Union (now Conexus) in Regina. The next year, more machines were introduced in Saskatchewan. These machines were advertised as having “18 Hour Teller Power” as they were accessible 18 hours a day, seven days a week. This was a great increase in accessibility compared to traditional banking hours. Though it took some convincing to get people to use these new machines, once they did they rarely looked back. This led to Canada leading the world in debit card usage by the late 1990s.