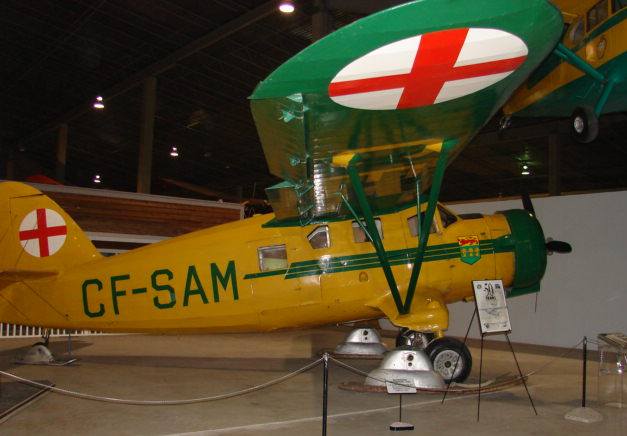 CF-SAM (WDM-1975-MJ-3), an airplane in the Western Development Museum collection, represents a milestone in Saskatchewan and Canada’s aviation history. It belonged to the fledgling Saskatchewan Air Ambulance Service (SAAS), the first non-military, government-operated air ambulance service in the world. The SAAS made emergency medical care accessible to Saskatchewan people living in rural areas and in the North.

The first Saskatchewan Air Ambulance flight was made in a Norseman, CF-SAH, on February 3, 1946. Initially, service was provided by one pilot, one nurse, one engineer, and one plane. A second airplane, also a Norseman, was purchased a few months later. CF-SAM flew its first patient mission on October 4, 1946 to Shaunavon, SK. 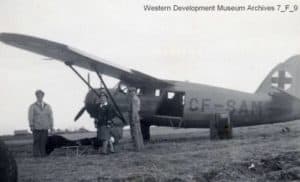 In its first year, the fledgling air ambulance, consisting of Norseman CF-SAH and Norseman CF-SAM, flew more than 250 patient missions. During the late 1940s and 1950s when the population was widely scattered and roads were poor, it was reassuring to know that accident victims or those with acute illnesses could get emergency medical attention in Saskatoon or Regina within hours. Pilots told hair-raising tales of landing in bad weather on rural airstrips, or in pastures and farmers’ fields to pick up their patients. In 1953, more than 1,000 people were transported, many of them suffering from polio. The SAAS is celebrating its 70th anniversary in 2016. It continues to provide emergency service to this day, operating out of Saskatoon.

The Norseman is also important as a Canadian-designed and built bush plane. Late in 1949, CF-SAM’s career as an air ambulance came to an end when it was replaced by Cessna aircraft and sold to Saskatchewan Government Airways. In the late 1960s, it was purchased by Nipawin Air Services of Nipawin, SK. Called a “two ton truck of the air” by former air ambulance pilot Don Campbell, CF-SAM was used as a bush plane in northern Saskatchewan for nearly 25 years, flying charters, hauling freight, fish and mining equipment and patrolling and ferrying smokejumpers to forest fires. Its wheels could be exchanged for floats or skis when needed.

The National Film Board documented Saskatchewan’s innovative Air Ambulance Service in its 1947 film “Wings of Mercy.” Don Campbell also used this title for his book which recounts his adventures as an air ambulance pilot. The book was published by Turner-Warwick Publications Inc., North Battleford, in 1993. In 1982, Canada Post recognized the Noorduyn Norseman CF-SAM on its 60 cent stamp. The WDM collection also contains a model of CF-SAM, made originally to promote the air ambulance service at fairs throughout Saskatchewan.

CF-SAM is on exhibit at the WDM Moose Jaw.