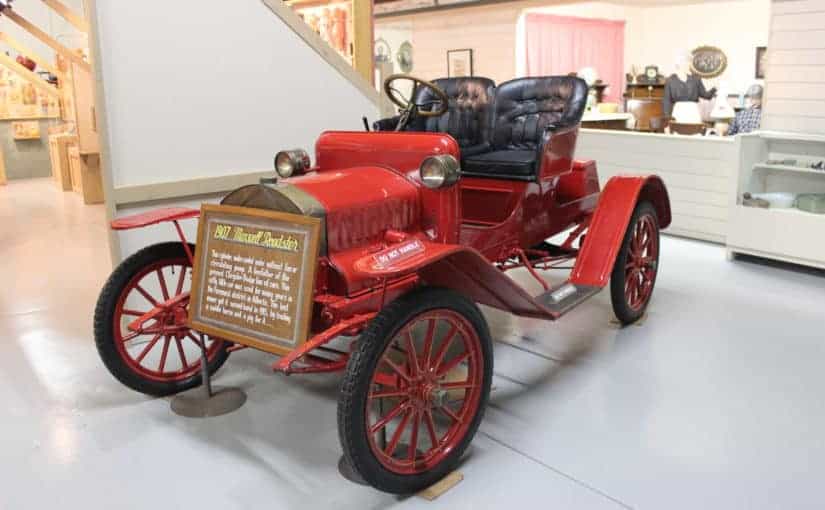 This 1907 Maxwell Roadster (WDM-Y-4940) was given to a Mr. Skelton in 1915, in exchange for a saddle horse and a pig. It was used continually for 7 or 8 years before being replaced. However, it was still driven sometimes for events such as the Foremost, Alberta Silver Jubilee Parade in 1938.

Mr. and Mrs. Skelton came to Canada from Tacoma, Washington, to homestead in Alberta in 1909. They farmed until 1942. This car was used for Red Cross work in the First World War, carrying Mrs. Skelton and her friends to meetings along with their sewing machines. The car traveled Canada extensively, making trips to pick up the Skeltons’ daughter home on weekends, or making leisurely trips across the country, but, as Mrs. Skelton recalled, it was not pleasant to drive in the rain as it had no windshield or top.

In 1942, the Skeltons left the car on a neighbour’s land when they sold their farm and moved to Vancouver Island, and it was eventually donated to the Western Development Museum.

The Maxwell company was one of the first car companies to market their products to women. In 1909 they even sponsored Alice Ramesy’s trip across America, making her the first woman to drive from coast to coast in the United States.

It is now on display in the WDM Yorkton.