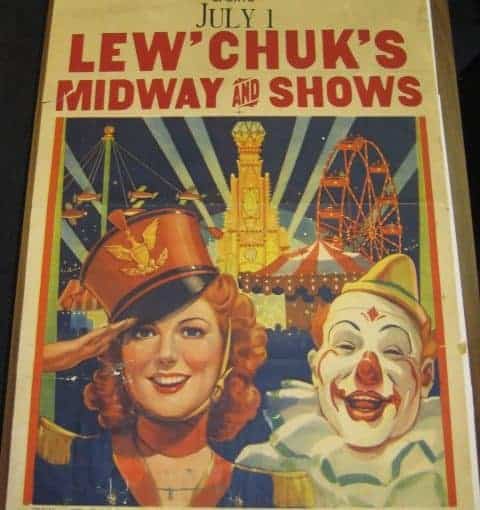 Nicholas Lew’chuk was born in Ukraine, the youngest of seven children. When he was just six years old, his parents moved to Canada, and in 1902 the family settled about six miles east of Canora, Saskatchewan. In about 1910, Lew’chuk saw a Vaudeville show and decided he wanted to be a performer.

Lew’chuk began his Vaudeville-inspired traveling magic show in 1918, advertising it as “Lew’chuk’s Vaudeville.” He was reportedly an excellent performer, using the stage name Professor N.P. Lewchuk. The ‘professor’ delighted audiences with everything from fire-eating to escape artistry to comedy in his shows. In the 1940s, 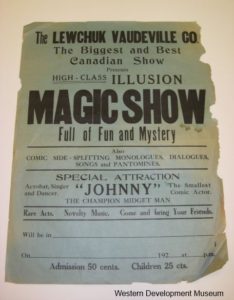 Lew’chuk added midway rides to his traveling show, as well as “freaks of nature” such as a stuffed, two-headed calf. Though the traveling show took some breaks to accommodate Lew’chuk’s illnesses, it traveled until the 1960s.

In addition to his career in entertainment, Lew’chuk tried many other professions, including running a successful printing business. At the age of 84, he designed and built Canora’s Welcome Statue with the help of his son.

Learn more about Nicholas Lew’chuk’s eclectic life through artifacts now on display at the WDM Yorkton.