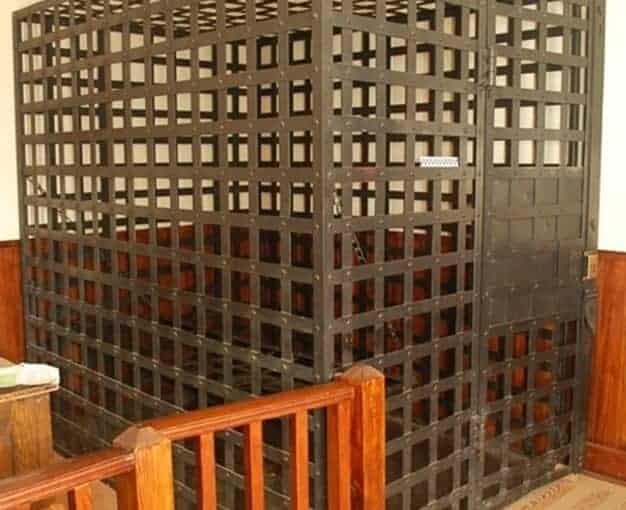 In 1914, just two Royal North-West Mounted Police (RNWMP) officers were responsible for patrolling 32 townships around the town of Watson, Saskatchewan, an area of over 3,000 square kilometers! This cell (WDM-1973-S-3998) was the second jail cell purchased in Watson for the use of these RNWMP officers. It was bought for $135 from Canadian Iron Goods Co. and held people charged with various crimes. Just two years after it was purchased, the barracks were shut down due to lack of officers, as so many men had enlisted in the war effort. The Provincial Police of Humboldt and Wadena took over patrolling this area.

In 1921, this cage was moved to the town hall, but it was returned just a few years later. It was in active use until 1965 when Watson got a new civic centre that included a police office and cell block. It was donated to the WDM in 1971 by the Watson Town Council, and is now on display in the RNWMP detachment building on Boomtown Street at the WDM Saskatoon. You can even go inside!