Explore the world of alternative fuel vehicles. Some are homegrown in Saskatchewan; others came from beyond our borders. From the practical to the fanciful, all reflect a spirit of innovation.

Connect past to present as you discover that many of today’s innovations are rooted in yesterday’s ideas. 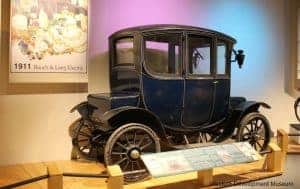 In 1911, the Rauch & Lang electric coupe was billed as a ladies car, the latest in luxury. Some models came decked out with crystal bud vases. The driver steered with a tiller bar instead of a steering wheel.

U of S Supermileage Car – Tensor 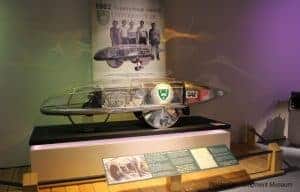 Thirteen hundred miles per gallon? University of Saskatchewan engineering students set a North American record for fuel efficiency with Tensor, their 1982 entry in the Society of Automotive Engineers Supermileage competition in Marshall, Michigan. This was the third time the U of S took top honours with more wins to follow. 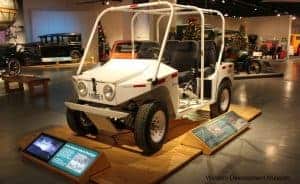 Saskatoon’s PapaBravo Innovations prototype Gofer electric vehicle (EV) rounds out the exhibit. Built in 2010 for the potash industry, the EV proved so successful that it sparked a new business and by 2013 all Saskatchewan potash companies were using PapaBravo Evs in their underground operations. 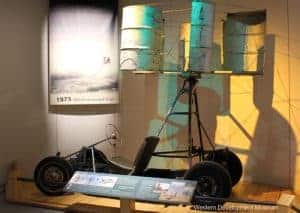 In the 1970s, using a Volkswagen chassis, windmill parts and wind scoops made from oil drums, one clever Saskatchewan farm boy cobbled together a vehicle powered by the wind. A stiff breeze propelled it about as fast as a person could walk. 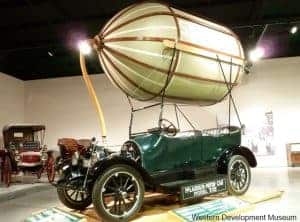 Heads turned on an August day in 1918 as a car with a giant gas bag suspended overhead made its way from the University of Saskatchewan to downtown Saskatoon. Two professors were out for a test drive in a 1918 McLaughlin touring car powered by straw gas. The WDM has re-created the professors’ experimental car for this exhibit. 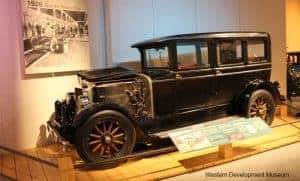 You’ve heard of steam-powered tractors. What about a steam car, or perhaps a steam bicycle? In 1926, a Brooks Steamer rolled out of the Stratford, Ontario factory. Equipped with a quick-starting flash boiler, the Brooks was ready to go in about ten minutes. 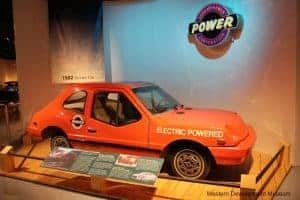 Did you know that Saskatchewan Power tested a Denver-built electric car in the early 1980s? Sixteen lead-acid batteries provided the power. But in the dead of winter when the driver had to choose between power for the motor or power for the heater, testing came to a standstill. 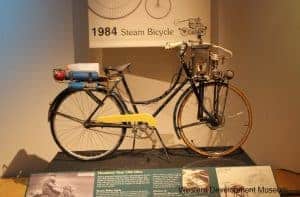 Nearly 60 years after the Brooks steam powered car, Saskatoon’s Bob Grosse accepted a friend’s challenge to build a steam bike. Bob’s bike was just one reflection of his love of steam. He used an old bicycle and an engine he designed and built from scratch.