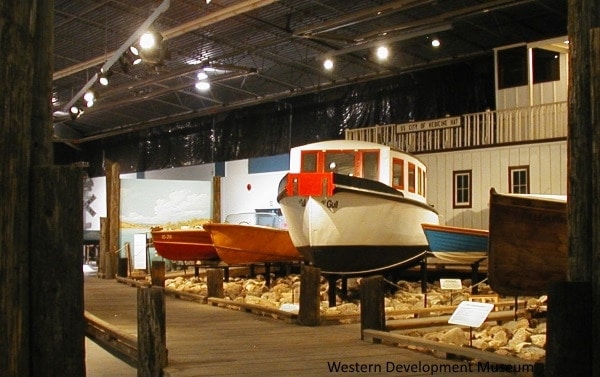 Check out a steamboat fashioned after the ill-fated S. S. City of Medicine Hat which sank after hitting a bridge in Saskatoon in 1908. Other watercrafts featured include the Okeehumkee, a boat built in Regina, SK in 1912, and the Gull, purchased in 1935 by Hudson Bay Mining and Smelting. This gallery also houses a canoe built in 1933, a reconstructed ferry, a rowboat, and a motorboat.