The Western Development Museum had its beginnings in 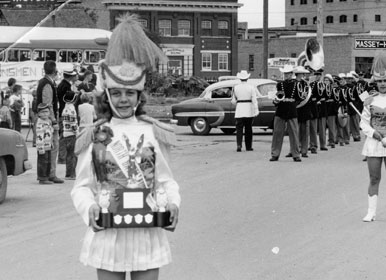 the mid-1940s. At that time, people across Saskatchewan became concerned that the settlers’ farm machinery was fast disappearing. In 1945, the Saskatchewan Government charged the Minister of Natural Resources and Industrial Development with collecting early historic items. The large number of donations led to the establishment of several collection depots, usually surplus aircraft hangars, to store the artifacts. On April 2, 1949 the Saskatchewan Legislature gave royal assent to a bill to create a Western Development Museum.

The continued growth of the Museum resulted in the need for new facilities. In 1963, the North Battleford location was moved into another relocated hangar on a new site at the junction of Highways 16 and 40. Three years later, a pioneer village was begun at the North Battleford site. In 1972, modern buildings were built for the locations in Yorkton and Saskatoon and in 1976 a new museum was opened in Moose Jaw. To alleviate the constant need for storage and administration space, the Corporate Office building was opened in 1984.